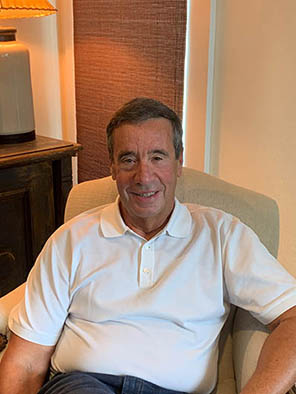 Alan Merin, MD, born in Connecticut, attended Duke University graduating with an AB degree in history with honors in 1972. He next graduated from the Medical College of Virginia in the top five of his class and was elected to the Alpha Omega Honorary Society His three-year residency in internal medicine was at Case Western Reserve, Cleveland, Ohio under the leadership of Charles CJ Carpenter MD Alan then completed a three-year clinical and research Nephrology fellowship at University of Texas Southwestern in Dallas For the past 40 years Alan has cared for critically ill patients in San Antonio with kidney, heart, diabetic and vascular disease. For Dr. Merin, the best part of medicine is the warm relationship he fosters with his personal patients. He enjoys complicated cases as well as developing an actual closeness within his practice. To stay current, Alan averages 300 hours of medical lectures that he attends yearly. He is married to Audrey raised San Antonio; their two daughters are in graduate school pursuing masters’ degrees in religion and public policy.